google9e16ef2d94ee5068.html
The Old Mines Area Historical Society, Inc.
OMAHS is a not-for-profit organization founded in the fall of 1977. It's purpose is the preservation and promotion of the cultural and historical heritage of the early French in North America. Our focus is  mainly on the Old Mines Area of Missouri, but that story cannot be adequately told without sometimes including the entire Mississippi Valley corridor.

Old Mines, Missouri is the first settlement in the state and in 1836 the original land grants claimed by 31 of the early settlers were approved by the U.S. Government and deeded to those families. This grant became known as "The Old Mines Concession."

This concession lies in the same area as the territory awarded to Philip Francois Renault by the French Government, part of the  "Pays des Illinois," or Illinois Country, explored and settled by the French during the late 17th and early 18th centuries.  The region was then transferred to Spain, then briefly back to France and sold to the U.S. as part of the Louisiana Purchase in 1803.

They farmed, mined, raised their families, built a brick church in 1828 which still serves 350 families today. After the Civil War, rich deposits of barite, locally called “tiff” were discovered in Washington County and surface mined for 100 years.

Descendants of these same settlers continue to own some of the land and live there preserving the Missouri French dialect and culture in spite of a changing and growing population.


Please consider becoming a volunteer this year.  Even if you can only volunteer one or two hours a month, there is plenty of work to be done.


﻿﻿﻿﻿Wanted:  Your Family Story - tell us about your family history as it relates to Old Mines or the French Corridor.  Articles may be published in The Diggin's as space permits. It's a great way to preserve your family history as "The Diggin's" is indexed and preserved on PERSI.  The Periodical Source Index, or PERSI, is the largest subject index to genealogy and local history periodical articles in the world. 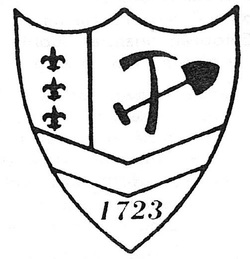